Daryell Dickson Meneses Xavier admitted to raping and murdering his stepson, who was one-year, eight-months old. When he arrived in prison, the other inmates decided to do to him what he did to the innocent boy. 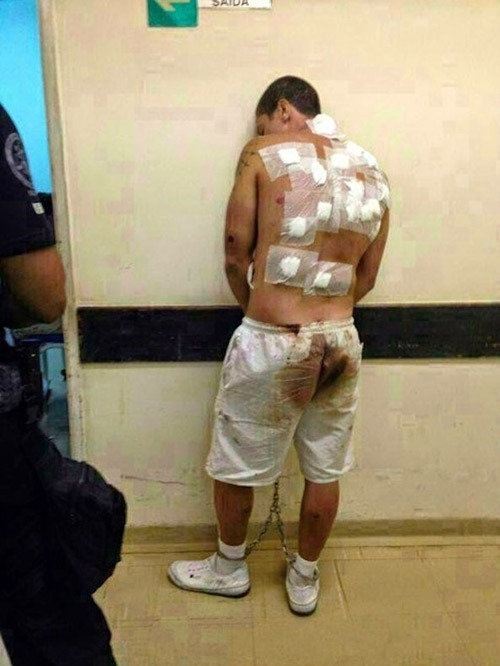